Alaska Remote Guide Service is an authorized concessioner of the National Park Service, Department of Interior. While our hunts may offer fewer luxuries than some, we think they more than make up for it with a higher level of success, trophy quality and wilderness experience than can be found in many areas with unlimited competition. 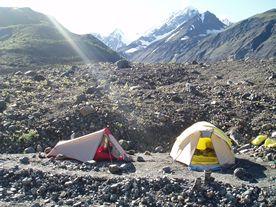 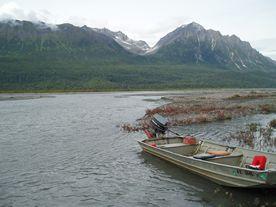 I’ve had a “Sole Use Guide Concession” in Denali Preserve near Mt. Denali since 1988.   Sole Use” means that I’m the only guide that can legally operate in this area. We offer custom guided hunts for Brown & Grizzly Bear,  Moose and/or Dall Sheep.  My concession encompasses about  600 square miles of prime hunting habitat and offers some of the most pristine and spectacular scenery on the planet. 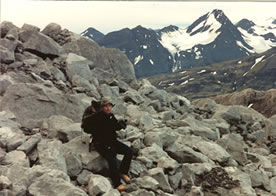 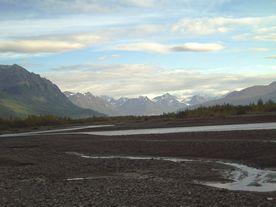 Denali Preserve is an extension of Denali National Park. Hunting in the preserve is allowed, hunting in the park is not. The goal of the National Park Service is to conserve natural and historic objects, scenery and the wildlife therein, and to provide for the enjoyment of the same in such a manner and by such means as will leave them unimpaired for the enjoyment of future generations.

As a concessioner, it is my responsibility not only to minimize the impact of the hunts on the environment but to provide sufficient information to clients so that they fully appreciate the importance of perpetually maintaining and preserving the resources of Denali National Preserve for future visitors and for future generations. “Leave No Trace” camping practices are utilized, and client trip orientation is provided prior to the start of each hunt. 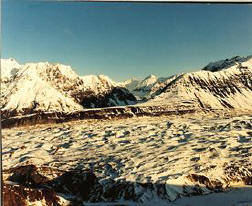 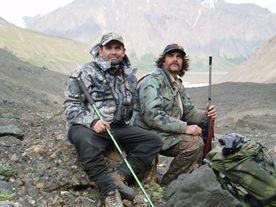 We offer several different styles of hunts with varying levels of difficulty at elevations that vary from 500 to 5000 feet ASL and higher. This is a remote area with no private land holdings, roads or established trails. Hunts will be conducted from base and/or mobile spike camps with expedition grade tents and equipment, and as a rule, the camp goes in and out with the hunter – permanent camps aren’t allowed.

Access to sheep camps is almost exclusively by bush aircraft on big tundra tires.  Food in sheep camp is almost always freeze dried, we sleep on the ground with pads and often carry our camps with us.  Bear camps can be accessed by bush air craft, raft and light weight jet boats and usually offer a higher level of comfort, and food, since we don’t have to carry everything on our back. Other than boats, aircraft and limited snow machine use during times of adequate snow cover, motorized vehicles and horses are not permitted in the preserve.

If you want to hunt one of the neatest places in the world, with highly qualified guides experienced in the area, for three very desirable Alaskan species – Brown/Grizzly Bear, Moose and Dall Sheep, Please give us a try!